The Journey Towards Me: A Memoir

I believe that I have discovered what my life theme is. I don’t know why I’ve been so obsessed with figuring this out. I think it’s because I feel like if I can determine what it is, I’ll understand what to do with it.

“Your life theme is motion” A young woman in my writing group called out, so casually as though it was obvious to everyone except me.

I closed my computer and started to roll back.

I have moved thirteen times in the past 15 years. And that’s just when I’ve been stable. Prior to that I went years without even having a home.

I was drawn to the ocean at seventeen and fell in love with the rolling pacific coast. I’ve lived impulsively, traveling around the world, sailing on cruise ships, driving coasts to coasts.

I think I’ve been in motion for as long as I can remember, physically and figuratively.

When I think about it, I feel more comfortable in motion than I do staying still.

Was this theme of motion determined before I was born? I was named after a company that builds wooden boats. Riva means where the water meets the shore, that’s ‘the riva’. It’s where the water rushes up on the beach. It doesn’t stay for long. Just long enough for you to dip your toes in before it rolls back out. Sometimes trying to take you with it.

When I was little, I was convinced that I was a fish. I loved the water. Most children do. They can’t feel the cold. Our receptors aren’t fully developed yet. I would stay in the water from morning until night. I would stay in the water until my fingers and toes were so wrinkly they would start to look like shriveled up raisins. ‘Un petit poisson’, a little fish, that’s what I had people call me. I don’t know why in French. Perhaps I felt like a French fish? I do have a strong pull to France…

No one else in my family loved the water like I did. My brother didn’t swim. He hated the water. He would lie by the pool. Same with my mother. I didn’t mind. I didn’t need anyone to play with. I wasn’t playing. I was just being.

I would pretend I was a dolphin and poke my head above water pulling myself up and then tuck my head down diving into the water as I curled my body behind me. I wanted to stay under the water, I hated that I had to come up to breathe. My parents finally bought me a mask and a snorkel. Then, I stayed under the water for so many hours that my insides got water-logged and I got infections in my ears. I had surgery to put tubes into my ears three or four times as a kid. It didn’t matter, I kept going back under that water. It was where I belonged.

I had taught myself how to swim. I didn’t know the doggy paddle or the breast -stroke or any of the strokes for that matter. I had never taken a swimming lesson. I didn’t know how to dive or hold my nose so the water blew out. I made up my own swimming strokes. I did hand stands and underwater tumbles. I jumped and splashed and swam back and forth pacing the pool wishing it were 10 times the size. My mom would yell to me from the balcony door, “Riva, come eat lunch!”. But swimming never made me hungry. And it never made me tired. I felt like I could swim around the whole world. I daydreamed about living under the water. If only I could figure out how to hold my breath longer, then I could do it.

Then, one day, peering from beneath the water, I saw two large people dressed like dark blue fish walking across the grass from our house over the my fathers boat. They had tanks with them and strapped fins to their feet before they jumped in the bay.

I leaned over the side of the pool and watched their fins splash up from the water every once in a while as they cleaned the bottom of my dads boat. How did they hold their breath so long?

“Daddy, can I try on their fish suit?”

I watched until they were done.

I was under the water working on holding my breath when I felt a shadow by the side of the pool. I came up and one of the strangers was leaning over,

“You want to try on some fins?”

I looked around and my father was in the distance smiling.

I don’t remember how many hours I was under the water swimming with an oxygen tank, or how much cash my father had paid them to stay, but I do remember that’s when I first learned that anything was possible.

Strapping on the flippers I found it so hard to walk on the concrete pool floor, but then realized, I didn’t have to. The fins made me move through the water like I had never done. And the oxygen tank solved all my problems, now I could slowly graze on the bottom of the pool for as long as I liked. I moved around slowly and felt the rush of water around me, moving my arms and legs, my whole body in motion.

6 thoughts on “Living in Motion.” 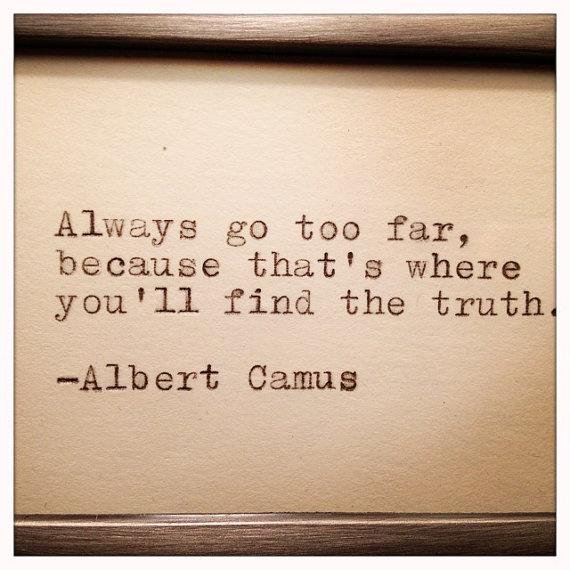 I think she’s heading to work... and it’s 1985? 😍
FAM JAM!! ❤️
Well this wins BEST birthday card ever... My friends 8 yr old daughter Deanna gave me this beautiful card and unbeknownst to her parents taped $5 inside as a gift to me 🤣🤣🤣
When grandma wakes up with the Byrd at 6am because her parents had just gone to bed 2 hours prior 😬🙏💕 thank you grandma! Happy New Year!
Holiday fun part two! ☺️😍
Holiday fun!
Merry Christmas!! 💕
17 YEARS WITH THIS TRIBE 💕 #mygirlgang💪
Play date with Uncle Matt to the Dr. Seuss Experience!! 😍so much fun! PS. That is her “Smile!” face 🤣🤣